The Sunday of the Passion

Livestream: 11 am only. Take part in a celebratory outdoor procession that mirrors Jesus’ entry into Jerusalem. Enjoy a Gospel reading that foretells coming events. 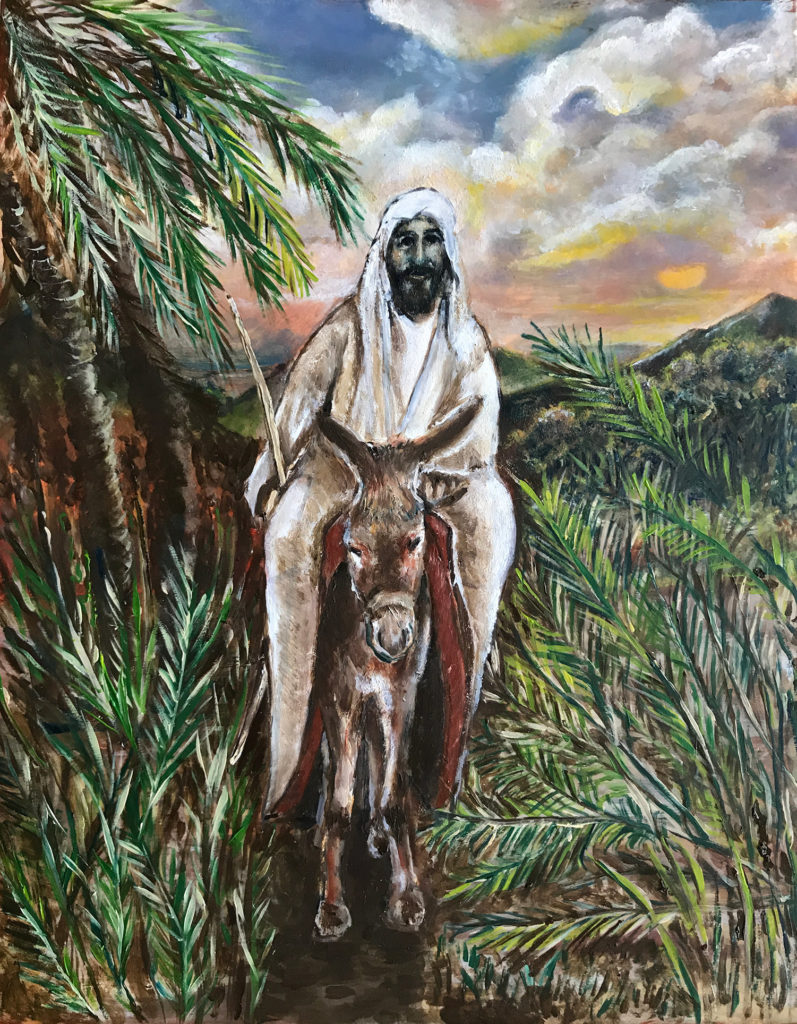 Original painting by Michael Skura of the triumphant entry of Jesus to Jerusalem (Image copyright: Church of the Resurrection)

On Palm Sunday, we celebrate the entrance of Jesus as a King into the city of Jerusalem, the historical capital of the kingdom of Israel. This kind of entry into the city was well-known in the ancient world. By the time of Jesus, this was a celebration reserved for the Roman Emperor and his family alone. Historically, the “Roman triumph” was awarded by the Roman Senate to generals and their armies who were returning from a decisive military victory. Roman emperors would stride into the city on horseback with a giant parade, dragging along the spoils of war—both riches and prisoners. As the emperor, his soldiers, and those who were part of his victory party rode into the city, the crowd would join the procession behind them as they made their way to a temple for a sacrifice.

Jesus made an important statement to the people as he rode into the ancient city on a donkey colt (a symbolic animal of peace). Like a great emperor returning victoriously from war, he was greeted by the crowds with shouts of triumph and joy and waving palm branches, “Blessed is the king who comes in the name of the Lord!” (Luke 19:38). Jesus’ triumphal entry declares to everyone that he is King and Lord and that he will be victorious in his mission to defeat sin and death once and for all.

The church has preserved this celebration and enters into Jesus’ triumphal arrival to Jerusalem through the liturgy and celebration of Palm Sunday, which marks the beginning of Holy Week. Palm Sunday sets the tone for Holy Week as one of ultimate victory and joy. The procession on this day holds special significance because it is the beginning of one liturgical movement that arcs through Maundy Thursday, Good Friday, and the Easter Vigil. Historically, the clergy would begin the procession outside the church. The palms—an ancient symbol of triumph and victory—are blessed outside, prior to the procession, and waved by the crowd as the crucifix, Gospel book, and clergy pass by. The whole congregation joins the procession and enters the sanctuary together. These palm branches are saved and later burned to be used as ashes on Ash Wednesday of the following year.