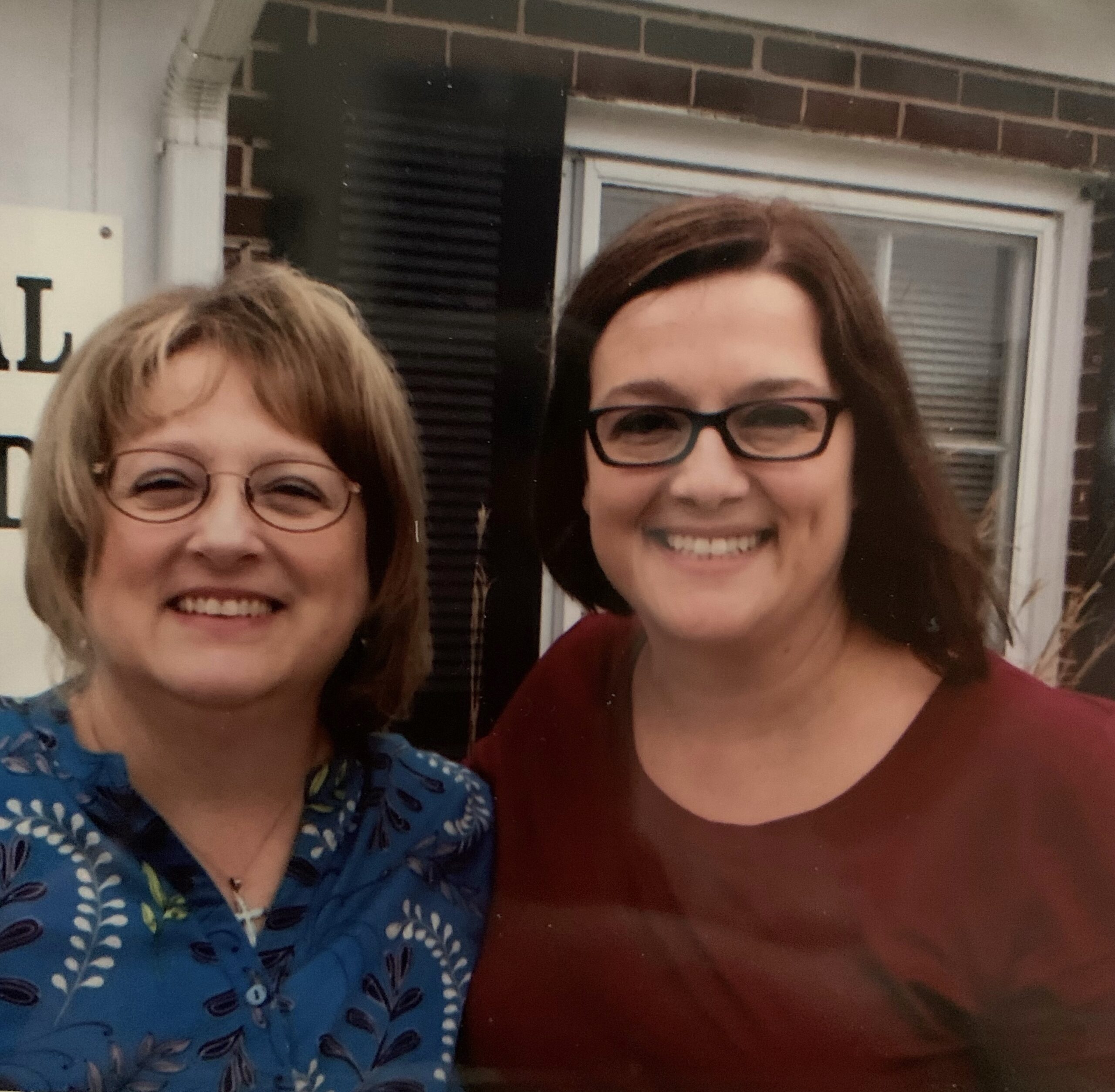 Photo: Lorna and her daughter, Kristy, on the first day they met after 41 years

My story starts in Fall, 1971: boy meets girl, girl and boy are intimate, girl gets pregnant.

I was 19 and just beginning college.

In the early 1970s, a pregnant and unmarried girl was a huge stigma to carry. So, my godly mother protected me by hiding the pregnancy. Abortion was not an option I ever considered. With the help of the Evangelical Child and Family Agency (ECFA) in Wheaton, I was placed in a foster home for five months to keep the secret from even my family and friends.

From the beginning, I knew that the baby belonged to someone else. When I learned that a pastor and his wife were interested in adopting my baby, I was so glad that this precious life would bring them joy.

On my 20th birthday, July 18, 1972, I gave birth to a healthy 8 lb. 9 oz. baby girl. I saw her only twice. I never held or cuddled her as most mothers do after birth. My prayer was that she would grow up to know the Lord. I knit her a newborn sweater and wrote in a note for her, “Someday we will meet in heaven.”

I knew my daughter would be loved abundantly by the adoptive parents. I left the hospital, and my baby girl left separately. For years I had to keep my story silent.

In the following years I graduated from college, met my husband, got married, and had three more children. But my story doesn’t end there.

In 2011 the State of Illinois opened adoption records for parents and children to find their birth families. My husband, very interested in meeting my daughter, started the paperwork. But he passed away from cancer in 2013. In the meantime, Kristy had requested her birth records from the state and then discovered my married name.

That October I received a letter from ECFA indicating that someone wanted to meet me. Of course I was interested!

So, after 41 years I met my daughter, Kristy, at the ECFA office in Wheaton. My children, James and Anna, met her that day, too. There were lots of hugs, tears, and more hugs.

What a glorious day! Although I had lost my husband and suffered the tragic death of my youngest daughter, God had planned this blessing all along for me.

Kristy and I see each other regularly now and live only minutes away from each other in Elgin. On Wednesdays, we meet one-on-one for Bible study. We have a sweet relationship, not like mother-daughter, but it’s deepening and very good.

Never once have I regretted my decision to choose life for my daughter. Yes, it was difficult and painful to release my baby girl 49 years ago. But I claim the verse in Jeremiah 29:11 “For I know the plans I have for you,” declares the Lord, “plans to prosper you and not to harm you, plans to give you hope and a future.”

Lorna Gowler has been attending Resurrection for nearly six years. She serves on altar guild, eucharist team, and more. Lorna loves painting icons and has seven grandchildren who are her delight.