Hope Opens the Door: Our Advent Focus on Refugees 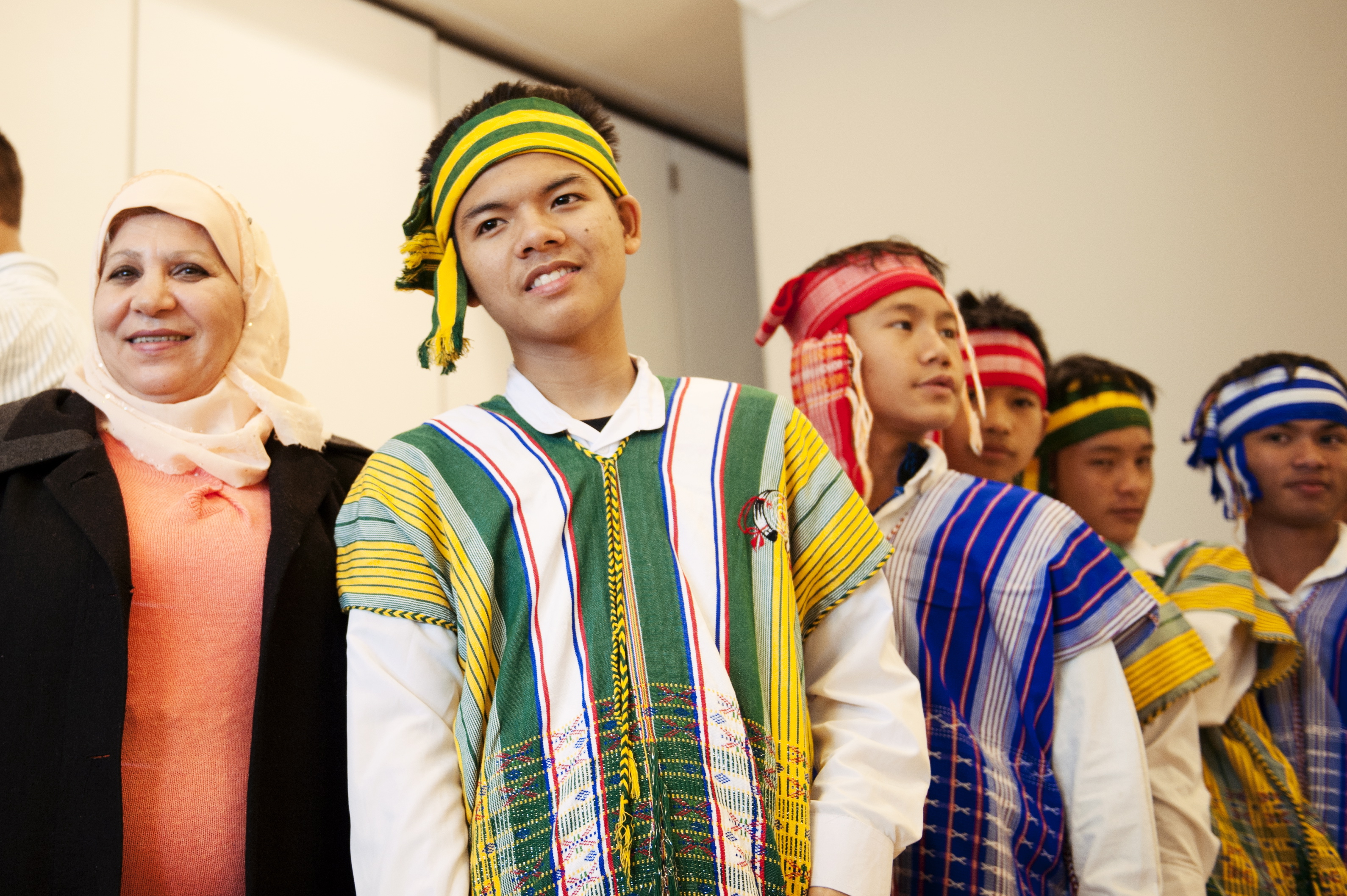 The civil war in Syria; terrorist violence in northern Iraq; the gruesome battle over resources in the Democratic Republic of the Congo; the conflict between Israel and the Palestinians; ethnic strife in Burma; and violent oppression in Venezuela – these are just a few of the ongoing global conflicts that cause civilians to flee their homes, often with little more than a few bags and the clothes on their backs.

These conflicts and many others have displaced more than 51 million people in 2014, including refugees, asylees, and internally-displaced people (IDPs) – the most since World War II. That means that each day, more than 32,000 people are forced to leave their homes and seek safety elsewhere, whether in their own country or in another. If these 51 million people constituted a nation, it would be the 26th largest on the planet.

Who is a Refugee?

A refugee is a person who flees his or her country of nationality because of persecution or a well-founded fear of persecution on account of race, religion, nationality, social group, or political opinion. There are currently 16.7 million such people across the globe. Of these, half are from Asian countries and over a quarter are from African nations.

More than 85 percent of refugees are hosted in a neighboring developing country—usually in a crowded camp or an insecure urban setting, and often for many years. After refugees register with the United Nations High Commissioner for Refugees (UNHCR) in the country to which they have fled, three potential long-term solutions await them: a return to their home country when conditions improve, local integration, or third-country resettlement. Less than 1 percent of all refugees are eventually resettled in third countries, such as the United States.

U.S. refugee resettlement is a long-standing part of U.S. foreign policy and humanitarian assistance. Each year, the President determines how many refugees the United States will welcome within its borders, and from what regions of the world. Resettlement includes two key aspects:

The U.S. humanitarian refugee resettlement program accepts more refugees than any other third-party country – currently around 70,000 per year (and more than 3 million since 1975). In 2014, the U.S. has accepted refugees from a number of countries, with larger numbers coming from Bhutan, Burma, the Democratic Republic of the Congo, Eritrea, Iraq, Iran, Somalia, and Ukraine.

According to the International Crisis Group, there were over 70 active conflicts throughout the world in June of 2014. Many of these conflicts will continue well into the future, and new conflicts can flare up every day. The work of the UNHCR, the U.S. Government, and refugee resettlement agencies like World Relief will continue to be a vital part of the response to this growing crisis for years to come.