Dobbs and What it Means to be Pro-Life Now 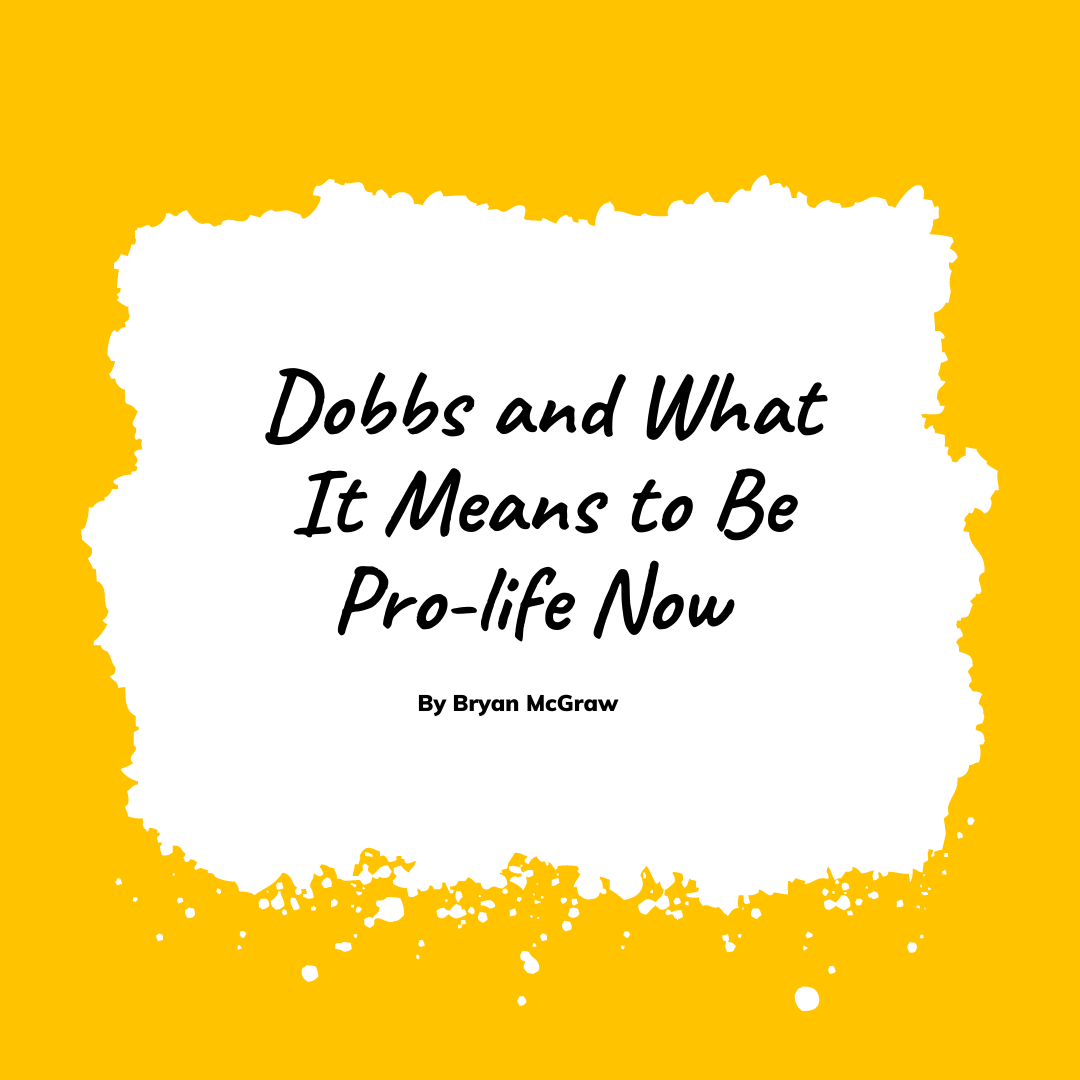 With the Supreme Court’s decision in Dobbs v. Jackson to overturn America’s abortion rights regime as codified in Roe v. Wade and Casey v. Planned Parenthood, there is a great deal to celebrate. No more is our constitutional order marred by unjust claims protecting a right to take innocent life. It is a day that I and many others sometimes doubted we would ever see, and we should be grateful for God’s mercy and the work of so many who have labored for the past half-century to make it possible.

But the occasion calls for celebration mixed with a realistic appraisal of the road ahead. For the goal was not simply the reversal of Roe and Casey; the goal was, and ever should be, the creation of a social, political, economic, and legal order in which every human life is, as Richard John Neuhaus used to say, “protected in law and welcomed in life.” And achieving that goal will be very difficult, more difficult than “merely” getting unjust legal decisions reversed.

The Dobbs decision will largely return the question of abortion to state legislatures. There will be efforts to codify guarantees of abortion rights in Congress or use executive power to similar ends, but the political action will mainly be at the state level. And there, the question will be mostly a “democratic” one, where democratic majorities and their representatives will determine the shape of abortion law. This means, in the short term, that some states will impose significant restrictions and others like Illinois will be entirely permissive, even dedicating public resources to subsidize abortion services.

Pro-life groups did good work in the late 1990s and early 2000s moving public opinion toward the pro-life side.  If we want to continue to make progress in states—like New York, California, and our state of Illinois—where there are strong pro-choice majorities and large numbers of abortions, we will need to do much more. Three things seem worth highlighting. First, the pro-life movement needs to rebuild itself as a movement that goes beyond partisan divisions. Second, the movement also needs to intensify its commitment to building a culture in which life is supported and encouraged. And, third, the Church needs to redouble its efforts to serve and care for families for whom abortion will remain a real—if desperate—choice.

Beyond Partisan Divisions
It is true that the Democratic Party seems at this point deeply invested in extending abortion rights in ways that can only be described as “extremist.” Nearly every Democrat in Congress voted recently to codify abortion rights nationally in a way that went beyond even Roe and Casey. Here in Illinois, the right to an abortion is almost entirely unlimited, andsubsidized with public funds. But it’s worth recognizing that these extreme views are out of step with regular Democratic voters, not because of them. The party leadership, if polling data is accurate, is out of step with the rank-and-file who are much less enthusiastic about abortion rights. Pro-lifers should see this as an opportunity for those both within and outside the Democratic Party to try and reshape it in a pro-life direction.

The pro-life movement has succeeded politically through its close association with the Republican Party, and it will be tempting to simply continue to follow the same playbook. But that seems to me a recipe for failure, since further progress depends on winning durable electoral majorities—i.e. persuading more of those who tend to vote Democratic that permissive abortion rights are unjust, unnecessary, and that rolling them back should be a political priority.

How to do that? We might ask why millions of voters who would describe themselves as pro-life vote consistently for such a resolutely a pro-choice party? Part of the answer clearly has to do with race. The pro-life division on race, where African Americans all too often feel alienated the pro-life movement, is one that must, must be overcome. Black Protestants in the United States have historically been just as likely as white Protestants to describe themselves as pro-life. Yet they are largely nonexistent within the pro-life movement and likewise not effective at influencing Democratic party positions on abortion. This is true even in states like Illinois where their votes are crucial to Democratic political fortunes. A country in which Black pro-life Christians are able and willing to exert their influence within the Democratic party on life issues is one where the pro-life movement can make real political progress, even in places that currently seem almost hopeless.

If the pro-life movement is genuinely committed to advocating for a social, political, and economic order where both law and culture make abortion vanishingly rare, it must listen to those outside of conservative politics, perhaps especially African Americans. In listening to them, the movement will surely hear that getting to that place means more than just changing laws and hoping or advocating for changes in our sexual culture. (Though it doesn’t mean less, to be clear).

It means doing more to relieve parents of burdens that make abortion an attractive choice; it means, as missionary doctor Matthew Loftus has put it, making it easier for people to do the right thing. It is wrong to say that abortion in the U.S. is simply a function of poverty or inequality; plenty of countries with lower levels of each have equivalent or higher abortion rates. But it is also wrong to say that our levels of poverty and inequality don’t contribute to abortion.  If the pro-life movement wants to win victories in places dominated by liberal politics, it will need to take seriously the claims offered by its potential allies there.

Creating a Culture of Life
But that’s not all. The majority opinion in Casey suggested that one of the reasons the justices were reluctant to overrule Roe was how much women had come to rely on access to abortion in making their life plans. We can—and should—deeply lament the idea that many women feel their flourishing depends on freedom to end the life of their unborn children. This feeling is sufficiently prevalent that a pro-life movement committed to democratic political success will need to think deeply and then act to help make it much less widely held.

Helping make abortion vanishingly rare means figuring out how to encourage marriage where it seems to be disappearing and supporting efforts to make it easier for mothers (and fathers!) to better navigate family, community, and career. This could include public subsidies for raising children, tilting our tax system toward benefiting married couples, and making it easier to build housing that young families can afford. There aren’t any cost-free answers here. But public policy can help make marriage more plausible while also defusing the sense that children are an impediment to everything We should work in that direction, even if it means running afoul of what have been, until recently, any number of political orthodoxies.

The Church’s Task
Finally, we as the Church need to redouble efforts to support women and families for whom a pregnancy looks more like a devastating verdict than a blessing. This means more resources, more involvement, more care. It means expanding networks of pregnancy care centers, making our Church a center of refuge and support. It means doing precisely the sorts of things the Church has always done in caring for those who are at the margins.

America’s abortion regime has been one of profound injustice, as it permitted (and in some cases publicly funded) the destruction of innocent human life for the past half-century. But this injustice is intertwined with so much of contemporary social, political, and economic life.  Too many of our fellow citizens deeply treasure the results of this injustice. So it will not be enough simply to win legal battles or even to win electoral victories in a handful of states. If the goal is to make abortion vanishingly rare on account of both law and culture, pro-lifers will need to seriously rethink their approaches. Otherwise, the legal win in Dobbs could turn out to be a classic pyrrhic victory, dethroning Roe and Casey but leaving in place or even strengthening abortion’s grip on our culture for another half-century. 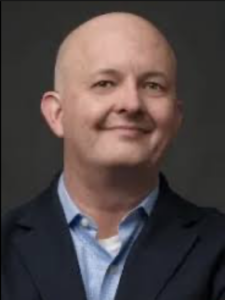 Bryan T. McGraw is Dean of Social Sciences and Education and an Associate Professor of Politics and International Relations at Wheaton College. He and his wife, Martha, a practicing neurologist, have three children, and are members of Church of the Resurrection.