The RezBears Get a Midwinter Visit 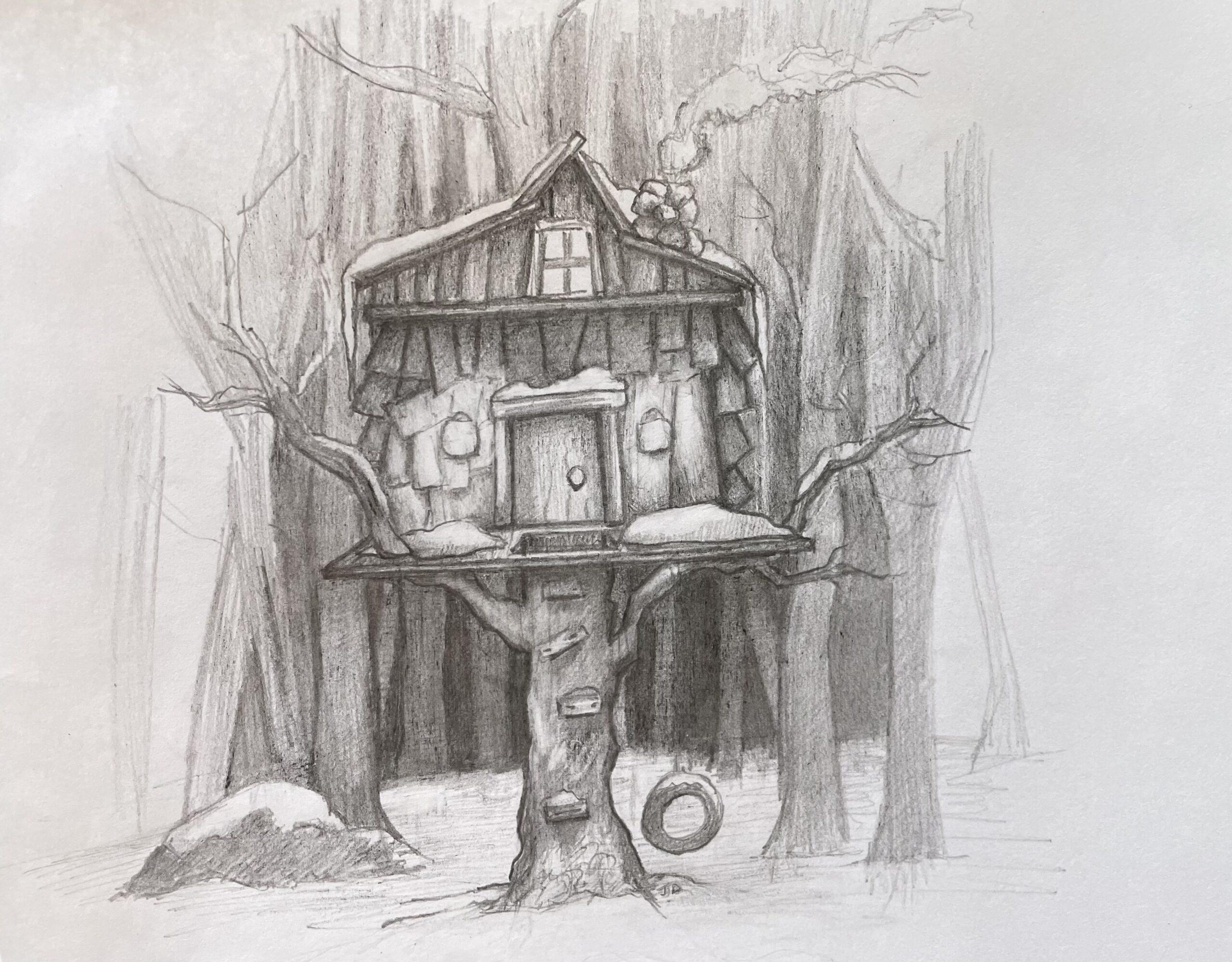 Once upon a time, in a forest preserve nearby, lived a family of RezBears in a cozy treehouse.

After dinner each winter night, the Bear Family used to gather around their crackling wood burning stove. Papa read aloud from the latest tale he was penning in his writing notebook. Mama rocked in her chair, knitting a cabled sweater. Sister Bear swirled her watercolors to paint the forest creatures at play. Brother Bear softly strummed an original tune on his guitar.

But last winter when the neighborhood wifi speed shot up, the Bear Family’s habits changed after dinner. Instead, Papa Bear was glued to Bears football games on TV while scrolling sports news on his iphone. Mama Bear surfed the web, comparing reviews and deals on winter boots. Brother Bear and Sister Bear played video games on different devices.

The watercolors, guitar, knitting needles and yarn, and writing notebook all gathered dust, buried at the back of the coat closet.

One recent December evening they heard a loud knock on the door. “Come in,” shouted Paper Bear from his recliner, reluctant to miss a moment of the game.

The door swung open to reveal Deacon Will in his velvet Santa costume, a large black sack loosely hanging over his shoulders. “Ho, ho, ho, RezBear Family! What gifts will you bring to the RezArts Festival?” he boomed, in his best Scottish brogue.

The RezBears all stood and stared, mouths agape. “My sack of gifts for Resurrection is still awaiting your creative submissions,” Deacon Will Bear said, swinging the empty sack around.

“But Christmas is over,” said Mama Bear, looking flustered. “I have been too busy with after-Christmas sales and cleaning the treehouse to think about it.”

“Not to worry, Mama Bear,” said Deacon Will. “We’re extending the deadline to January 15 to ensure you have time. You can pray as you knit your lovely creations and offer your pearling to the Lord.”

Deacon Will turned to Papa Bear next. “What about a story or poem to engage the Body of Christ?” he said. “You create such wonderful tales that compel folks to ponder.”

“Oh, but I…” stammered Papa Bear. “I wouldn’t know where to begin, I’ve forgotten how.”

“Not to worry, Papa Bear,” said Deacon Will. “Come to the Festival Workshop Night on Wednesday, January 5, 6:30-8:00pm. You can each jumpstart your creative process by attending one of three workshops in visual arts, creative writing, and worship song writing.”

Brother Bear’s furry brown ears perked up in triangles. “Worship song writing? I could work on my tune!” He scratched behind an ear as he thought, “But that’s on Wednesday, and I couldn’t miss RezYouth.”

“Not to worry, Brother Bear,” said Deacon Will, clapping Brother on the shoulder. “RezYouth doesn’t restart yet, so you’re free. Come with your RezYouth buddies. You could create and later record a duet, trio, or a quartet together.”

“Cool,” said Brother Bear, a smile lighting his face. “I’ll be there.”

Deacon Will turned to Sister Bear, stroking his white silky beard. “Where are your watercolors, Sister Bear? How about a painting for the church to enjoy?”

“Who me?” said Sister Bear, trying to hide behind Mama Bear’s pleated skirt. “I’m too little. And my paintings aren’t good enough to share with other RezBears or hang in the church.”

Deacon Will stepped closer and knelt to Sister Bear’s height. “Ah, but the Lord loves when you create. Your paintings and their colors can sing his praise to others.”

Sister Bear grinned and dashed to the coat closet. Out flew boots, old hats, and dust bunnies. But she pulled out the watercolor set, Brother’s guitar, Mama’s knitting needles, and Papa’s notebook. She rushed to each bear and handed them out, nearly tripping over her own little bear claws.

Papa Bear took his notebook from her and chuckled. “Okay, Deacon Will, please return with your bag before January 15. We’ll fill it with our gifts for the Body of Rez.”

“Now that’s more like it, RezBears,” said Deacon Will. “I can’t wait to see how your creativity blesses our church.”

“Now how about some bread and honey?” he suggested, patting his belly hopefully.

But the RezBears were already starting to dream about their creations. They didn’t notice Deacon Will step out the door above Brother Bear’s strumming, the click of Mama Bear’s needles, the swish of Sister Bear’s Brush, and Papa Bear’s thoughtful humming. 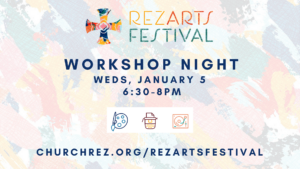